Through blogging I’ve been given many opportunities, one that was really special to me was when I was invited to do my first university talk at Northampton University called ‘Dear My Black Kings’ with Keith Dube aka Mr Exposed. 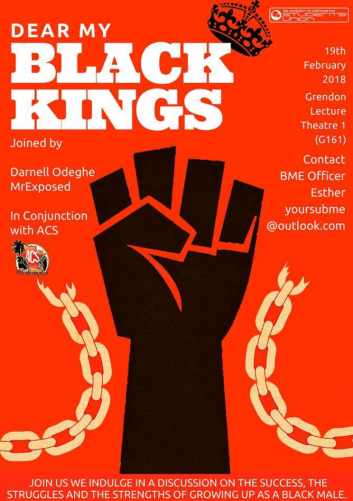 Not a lot of guys turned up to the event at all, why? I’m not sure but that didn’t stop us from having a great and really informative talk about the black community as a whole. These conversations are necessary but if I’m being honest that talk lead me to think about something…

As far as I’m concerned I have seen programs, talks, events, celebration, concern and advice given and shown to so many individual groups of people in the UK and internationally. Have I seen things put into place for BLACK MEN?… I can’t say that I have (not saying that they don’t exist).

I’m not writing this blog to trigger anybody or cause trouble amongst anybody, instead I just want to share good points that went wasted when the uni talk took a change of pace and because I don’t tend to see black males speaking out much about what WE go through. Instead it’s always others who aren’t black males that have the most to say. 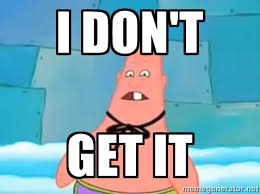 As a black man I must say this side of things can be pretty green. As much as the narrative has been painted that we’re scary and aggressive (I’ll this address later) black males are so friendly and welcoming.

I feel there’s this beautiful community amongst black guys that needs to be shown more and highlighted because to shift the stereotype to a more positive one requires images of unity and peace.

This may be unknown to others but I’ve noticed that there is this unspoken culture of respect between black males that exists which is very beautiful I can’t lie. I’ve been walking in London and had strangers shake my hand and say what’s up.

Or you get the more common subtle head nod. They are both simple movements but honestly speak volumes. Not all black guys are standoffish and ‘anti’ we can actually connect together through common interests.

There are always two sides to a coin and here it goes… of course not everyone wants to be walking smiling and trying to greet others sometimes people will have a ‘screwface’ and not appear all that friendly. The ISSUE comes though when we are all being labelled as aggressive and something to fear.

I made this statement and I genuinely believe, I’ve often heard: “they don’t want to see black men succeed”, “the system isn’t built for us” and “an educated black man is the scariest thing in the world”.

As much as these statements are true, these facts of life put so much pressure on us and basically leads us to believe that every bit of lives is under a microscope and that people in higher places are just WAITING for us to mess up.

I bring up privilege because on the TL there was a debate going this week that black men are more privileged than black women and possibly everyone else and simply, that’s not true.

The first thing of all is the fact that other races and even other black people are so scared of black males.

Everywhere I go, I know I am stirring up so much fear in others around me and trust me it is not a nice feeling

Walking on a bus and seeing people pick their phones up from next to them, zip up their bags and hide their valuables as I go past just because of my skin colour is something that honestly affects me because I know my intentions are nothing but pure.

Even the other day I was walking in Uxbridge, where my university is, it was around 2PM and I had Tesco bags in my hands. I crossed the path of a white student as he saw me, he jumped and put his hands up and was shivering in fear.

In order for me to help others I’m always walking around plastering a fake smile on my face so there is no way of thinking I’m going to harm them, when I speak to other races I lighten my voice so no one can feel intimidated, if I need to know the time or ask for directions I don’t approach others because I don’t want to give them a fright.

ALL OF THIS JUST BECAUSE I AM A BLACK MALE… If that’s the privilege I get then I sure don’t want it.

Quote of the blog