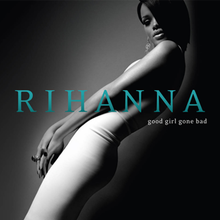 Drake once said once said ‘from the concrete who knew that a flower would grow’. Meaning that at times you get unlikely positives from bad environments but The Slumflower certainly doesn’t fit this description. It seems she came from a bad situation and turned into a stinging nettle.

I’ve been aware of The Slumflower for a few years now, she has honestly done some amazing things and has spread a valuable message of self confidence and self love to women worldwide. This message has now spanned to man-hating and men being the route of ALL EVIL. 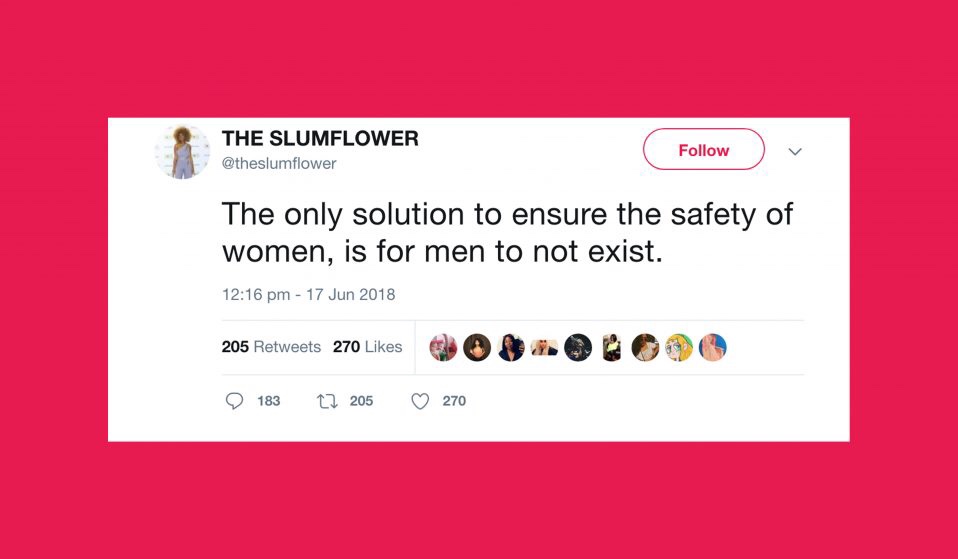 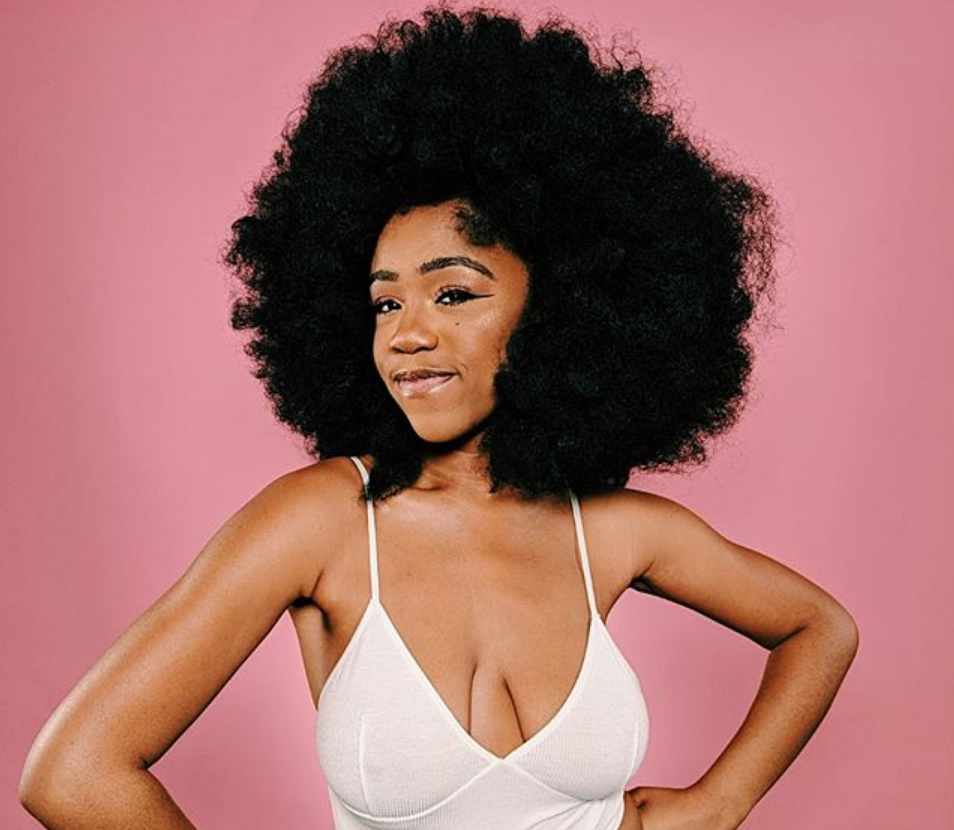 This is Chidera Eggerue aka The Slumflower, she is an award winning author of her book ‘What A Time To Be Alone’ and she is the creator of #SAGGYBOOBSMATTER. She has truly made a name for herself helping many females all around to love themselves and not care about what others say about them. As people say “all good things must come to an end” and as the title says she is a good girl gone bad.

Above we see a somewhat nice tweet from her depending on if you’re reading as a man or women. She states that she hasn’t got time to basically understand that not ALL men are in positions above women, for someone who loves women so much she really acts as if females are the bottom of the barrel, not enjoying life at all.

IS THIS YOUR QUEEN (she don’t even rate you) lol

I mean come on I can’t stress this enough I know we live in this patriarchy but honestly ALL MEN DON’T HAVE IT THAT GREAT AT ALL.

Another thing, is I know that there are loads of men that do bad things in the world like: rape, murder, sexual assault, theft etc but we can’t say that all men deserve to be treated bad or that their issues shouldn’t be empathised with.

There are men that live better than women but at the same time A LOT OF WOMEN are living better than men.

I have a question for the women reading…

WHAT DO YOU WANT TO DO THAT BEING A WOMEN PREVENTS YOU FROM DOING?

Chidera decided that it was necessary for her to write a literal essay giving some sort of apology for her comments on male suicide but it was rather lacking.

This is what she had the audacity to try and take back loool, of course it is easy to be misunderstood however to make a statement about something as serious as suicide needs to be done with more thought (she must’ve have thought taking the ‘u’ out disguised the word).

Her essay stated that women shouldn’t have to be forced to sympathise with their oppressors (men) this is such a divisive mindset. Men and women aren’t enemies nor should Chidera fuel women to hate men, indirectly what she does through her words. Both genders have issues and it’s only together that change can come, its funny she wants women’s issues to be respected but doesn’t respect men’s seeing as she feels men commit suicide because ‘we can’t cry’.

Another prime example of senseless drivel, are men indestructible and free from worry, in certain places a man can walk outside a night and not make it home, in instead he can die in a pool of his own blood. It definitely sounds good for her to say and all her minions will lap it up.

Feminism at times just seems like a contest for women to complain the most and see whose the biggest victim.I know it is a more serious and important movement but this generation dilutes everything. Gender isn’t some gateway to a better life. Men and women struggle very bad at times and other times life is great. Pitting women against men isn’t going to make life better for you it just makes you seem not serious and bitter.

Women are being mistreated and abused everyday by men, this is a very serious thing but not all men are like this and all men don’t need to be treated like they’re kidnapping and assaulting women. Her main point is that women shouldn’t have to ‘prioritise’ the feeling of men. Like Tekashi 69 would say… STOOPID of course no one is asking you to but empathy however is a different story.

QUOTE OF THE BLOG